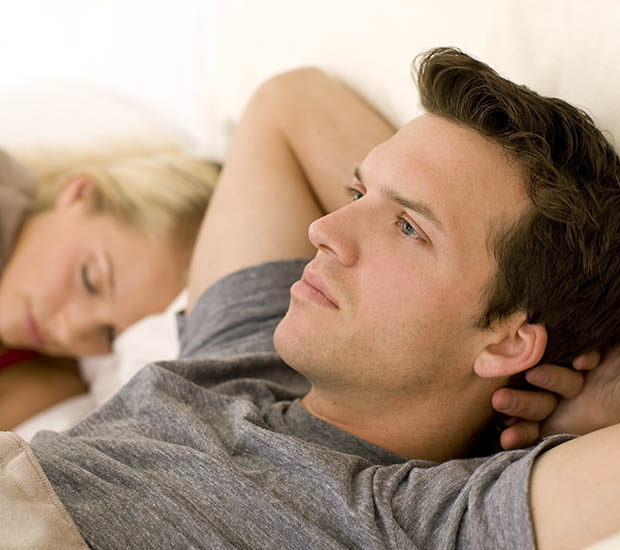 Erectile dysfunction (ED) can be one of the most discouraging physical problems. ED affects the majority of men at some point in their life. Furthermore, Psychological ED affects men of any age. Although you may think of ED as just an older man’s problem, erectile dysfunction affects men of all ages. As a matter of fact, about 20% of men in their 20’s suffer from issues in the bedroom. But, despite ED being such a common condition, most men are reluctant to talk about it. Actually, most men won’t even admit they have ED.
Request An Appointment

Erectile Dysfunction and your mind: Psychological ED or Physical? 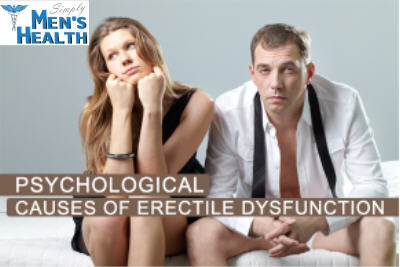 You may be surprised to learn that your brain plays a bigger role than you think. In fact, ultimately your brain is the most powerful sexual organ. Even though only about 20% of ED starts out from psychological issues, eventually even all ED becomes a mental and emotional problem. Therefore, ED has both medical and psychological causes. Actually, ED is often a mix of both. Even when you have a known physical cause with blood flow, there is often a psychological component as a result.

How do I know if I should seek help for ED?

Most men will have an occasional episode when they cannot perform in the bedroom. For example, maybe too much to drink? Or stress or a small relationship spat? This is not ED. Erectile dysfunction is diagnosed when the inability to achieve or maintain an erection interferes with your sex life. In addition, inability to perform puts a strain even on the best relationships. As a result, regardless of the underlying cause, men lose self-confidence. Therefore, whether psychological or physiological ED, when you think you won’t get it up, then you don’t get it up. Your mind exacerbates the problem.

All erections essentially begin in the mind. For example, just a touch or thought sends signals to the brain. Subsequently. the brain sends nerve signals which increases the blood flow to the penis. As result, the penis gets erect. First, you must rule out physiological causes. At Simply Men’s Health, our experienced physicians perform a number of tests to find the root cause of your erectile dysfunction. Finally, after ruling out a physical cause, the root cause is determined to be psychologicalThe following are the most common psychological causes of erectile dysfunction: 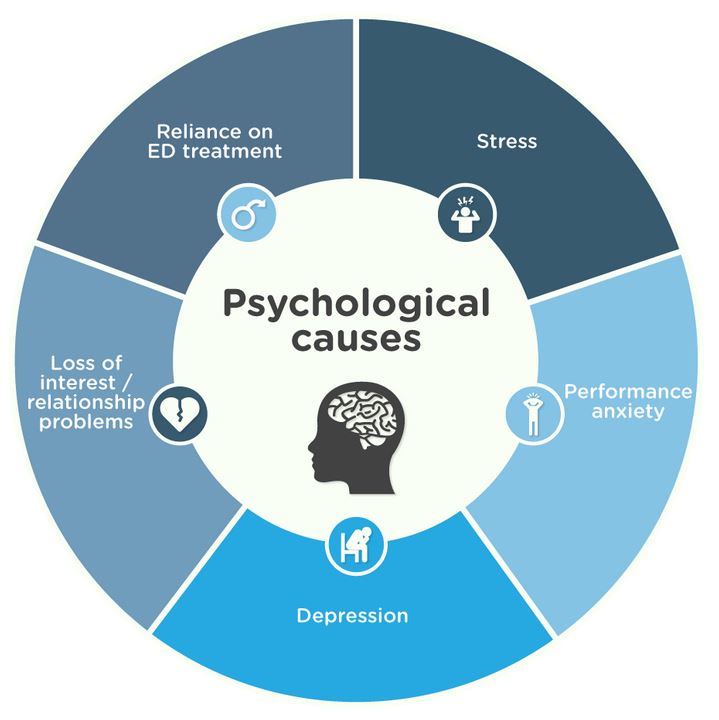 One of the leading psychological causes of bedroom problems is life stressors. For example, financial concerns, relationship issues can quickly take your head out of the game. As a result, your brain doesn’t send the signals to trigger an erection.Then, this failure to perform due to stress causes anxiety. This anxiety causes more stress causing vicious cycle. In the same way, physiological ED also causes anxiety. Consequently, this worsens the condition.

From time to time, men experience an isolated failure to perform. But, in some cases, one or two bad experiences can become a self-fulfilling prophecy. Just thinking about the failure causes anxiety. As a result, the mind plays tricks and causes performance anxiety leading to psychological ED.Performance anxiety can also result form the condition called Premature Ejaculation (PE). Although, this often is a life-time problem beginning in one’s teens, it can also develop later in life. So if you have experienced PE, ejaculating too early, in the past, this can add to performance anxiety.

Depression is more than just feeling sad. Actually, depression can be an overwhelming feeling that weights you down in both body and mind. Moreover, depression not only causes psychological symptoms, but can result in physical disease as well. Therefore, as a result of depression you can not only lose your sexual desire, but you may not be able to perform as well

GUILT and LOW SELF ESTEEM

Determining the root cause of ED: Psychological ED or Physical?

Simply Men’s Health is a leader in men’s sexual health. In particular, what sets us apart is that, we treat not just the body, but also the mind. First, based on a comprehensive doctor exam and medical tests, we determine the root cause of your erectile dysfunctionFor physical ED issues, we offer our exclusive RejuvaWAVE® shockwave therapy, RejuvaWAVE Multi Wave Shockwave Laser Protocol,  PRP P-shot® and, testosterone, and Intracavernous Pharmacotherapy. While most ED clinics, do not have many options for men suffering from psychological ED, Simply Men’s Health has options beyond traditional counseling or psychotherapy.

Psychological ED is not as simple as taking a pill or restoring blood flow. Traditional psychological or behavior therapies are often drawn out and not very effective. In contrast, Simply Men’s Health offers their exclusive Neuro-Quantum Therapy.Neuro-Quantum Therapy is a unique, revolutionary holistic approach which rejuvenates both the mind and body. Specifically, it is a multi-disciplinary approach based on years of working with patients all over the world. This therapy uncovers the root cause of the psychological issue causing your erectile dysfunction. Contrary to even what you may believe is the issue, the real subconscious, causal event may be something completely different. For example, something as simple as one emotionally damaging past experience can be the root cause of your ED issues today.

Erectile Dysfunction Involves Both a Psychological and Physical Component

In conclusion, your mind plays an important role in overcoming ED both physically and psychologically. Whether you ED is from subconscious past traumatic events, or psychological or emotional issues, Neuro-Quantum Therapy can restore your sexual performance. Therefore, regardless of the underlying cause of ED, your mind plays an important part in overcoming the problem In addition, this ground-breaking Neuro-Quantum Therapy can not only help with ED, but also rejuvenate your mind and body including reversing auto-immune conditions and chronic disease.

7 Reasons Why Sexual Health Is Important

Are you wondering just how important your sexual health is to your overall health? According to the American Social Health Association, the definition of sexual health is the ability to embrace and enjoy our sexuality throughout our lives, as it is an important part of our physical and emotional health.While having sex with your partner… 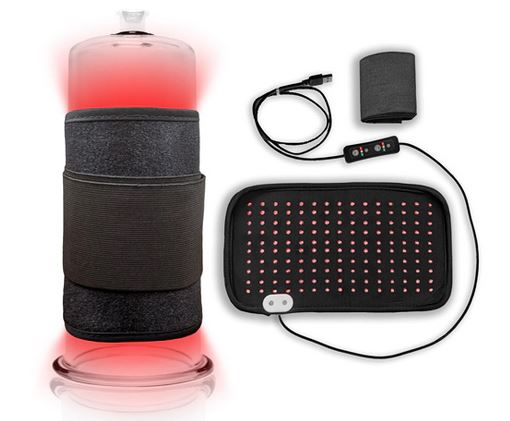 Red-Light Therapy for Longer-Thicker and Harder Erection: Heal from the Inside-Out Harness the power of Red-Light Therapy to achieve longer, thicker and harder erections.  In other words, erection enhancement and penis enlargement from the inside out.  Although the scientific literature refers to Red-Light Therapy by over 60 other names, most commonly it is known as… 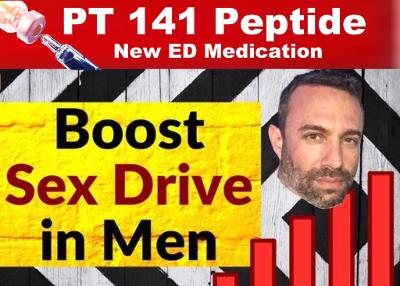 PT 141 Peptide (Bremelanotide),  developed as a sunless tanning agent,  actually increases sexual arousal and sex drive in men.  It is quickly becoming the “new ED medication” for men, although it’s FDA approved to treat low-sex drive in women.  This Bremelanotide Peptide differs from most ED medications that work on the vascular system.  In contrast, PT…

Nitric Oxide (NO), naturally produced in your body, is called the “miracle molecule,” because it plays a key role in maintaining a healthy cardiovascular system.   Specifically, Nitric Oxide helps blood vessels to relax and widen increasing blood flow throughout your body.  Therefore, it protects against damage with aging and decreases risk of blood-vessel blocking plaque. …

Sexual wellness is an important component of healthy relationships. It focuses on many things including sexual problems. Sexual dysfunction can occur when an issue prevents you from enjoying sexual activity. Both men and women of all ages can experience sexual dysfunction. Although the chances increase as an individual gets older. Read on to learn more…