Turn Back the Clock. RejuvaWAVE® is the WAVE of the Future to Make ED a Thing of the Past! 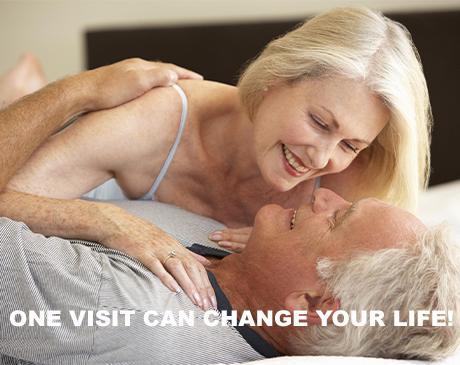 Simply Men’s Health revolutionized the treatment of ED with RejuvaWAVE®, the gold-standard in acoustic shock wave therapy for ED.

Throughout the ages, Man has tried everything from magic potions, pumps, implants, injections… until the introduction of the “little blue pill” in 1998 that revolutionized the sex life of men.

Despite the headaches, stuffy noses and potential of sudden blindness, older men clamored to reclaim their sex life and young guys recreationally wanted to become Superman in the bedroom. But the effects were fleeting, and the pills eventually STOP working, because the pills are just temporary “band-aids” and do not reverse the underlying cause of ED.

Dawn of a NEW Era

And now the 21st century herald in a quantum-leap breakthrough, RejuvaWAVE® Acoustic Pressure Wave therapy that can turn back the clock, restore men’s sexual vitality and CURE ED!

★ RejuvaWAVE® REVERSES the underlying cause and CURES ED.

★  RejuvaWAVE® can PREVENT the inevitable slowing in the bedroom, that men accept as a normal part of aging, and keep you like Superman throughout your life.

"I am 70 years old and have diabetes, open-heart surgery, and had a stroke. I haven't had an erection in over 10 years and Viagra did nothing. I have tried several clinics in the past, and nothing helped. I heard about this new treatment, RejuvaWAVE®, and gave it a try not having much expectations. To my surprise after my first treatment, I woke up with an erection, something I hadn't seen in years. By my 5th treatment, I was having sex with my wife. It's truly a miracle treatment." S.O.

Call us at 561-510-9482 to schedule an appointment and learn more about our revolutionary, ground-breaking treatments to enjoy a spontaneous and active sex life again.

How does RejuvaWAVE® Therapy Work? 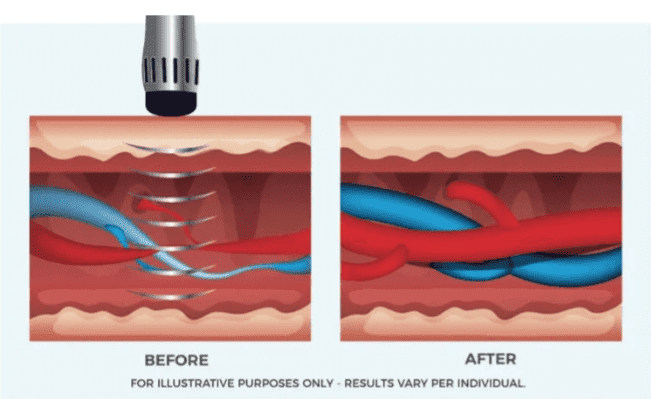 RejuvaWAVE® reverses the ROOT cause of ED by stimulating the regrowth and regeneration of blood vessels and nerve tissue in the penis which improves blood flow and sensation. RejuvaWAVE® also helps Peyronie’s disease by breaking up scar tissue.

The acoustic pressure waves accelerate the body’s healing by causing micro trauma, which stimulate the release of your body’s own growth factors and possibly recruits and activates stem cells to promote the growth of new blood vessels, muscles, and nerve tissue. The shock waves also clears out micro-plaque in the blood vessels in the penis improving blood flow and breaks up scar tissue.

How does RejuvaWAVE® Differ From Other Shock Wave ED Therapies?

Although extracorporeal shockwave therapy has been used for over 20 years in Europe for erectile dysfunction, Simply Men’s Health was one of the first clinics to introduce this technique in the United States in the Spring of 2015 revolutionizing the field of men’s sexual health.

RejuvaWAVE® is an exclusive, low-intensity shock-wave treatment protocol for treating ED developed by Simply Men’s Health based on extensive clinical testing. Since the introduction of RejuvaWAVE®, acoustic-pressure shock wave therapy is gaining popularity in the United States as a non-invasive, drug-free treatment and cure for Erectile Dysfunction and Peyronie’s Disease. Many clinics are now introducing different versions of shockwave technology such as SwissWave, Gainswave, REJUVAPULSE.... What makes RejuvaWAVE® acoustic shockwave therapy different is our proprietary treatment protocol and the application technique and that we use the state-of-the-art Storz medical device.

What are the Benefits RejuvaWAVE® Treatment?

Since the introduction of RejuvaWAVE® to the United States by Simply Men’s Health in 2015, the results have been nothing short of amazing. RejuvaWAVE® treats and reverses the internal damage source and can CURE ED and Peyronie’s Disease, and reverse the age-related sexual decline.

How Does RejuvaWAVE® Help with Peyronie’s Disease?

Peyronie's Disease is characterized by curvature or bends in the penis due to scar tissue and plaque inside the penis. Often it is caused by physical trauma such as rough sex or an athletic injury. Other times it just seems to spontaneously appear.

RejuvaWAVE® breaks up scar tissue and plaque that cause the penis to develop the curvature and can reverse Peyronie’s. Adding PRP and Stem Cells to the RejuvaWAVE® treatment protocol magnifies the effectiveness of this non-invasive, painless therapy protocol and can actually reverse and cure Peyronie's. This combination therapy works by breaking up plaque and scar tissue and activating your body's own natural ability to Repair, Regenerate, and Renew.

I'm 34 years old and started to experience problems getting an erection and maintaining it over the last couple of years. I had tried Viagra and hormones, but it didn't help. I heard about Simply Men's Health and made an appointment not knowing what to expect. I signed up for the 3-week EPAT therapy and the Priapus shot. After jsut a couple of treatments, I was getting erections, but even more amazing was that the curve in my penis straightened out. The treatment was only a few minutes and relatively painless, but the results are amazing. A.B.

How Long Does it Take to See Results From RejuvaWAVE®?

Some patients start to experience results in as early as 3 weeks, but this varies greatly. Acoustic pressure waves stimulate the healing and regeneration of new blood vessels, nerves, and penile tissue as well as breaking up micro-plaque from the smallest vessels in the penis. Growing new tissue takes time and does not happen immediately when you walk out of the office after one session.

We have had patients who were in their 70’s who have not been able to have sex in years, enjoy sex with their wives or partners in less than 3 weeks. Often patients initially begin to experience “something” happening in the morning as the first sign of the treatment working. They continue to experience improvements and restoration of spontaneous sexual function during the course of the 12 RejuvaWAVE® sessions. Patients continue to experience regeneration for approximately 3 months after the last acoustic wave treatment, and sexual function continues to improve with sexual activity.

Adding PRP and Stem Cells to RejuvaWAVE® accelerate and magnify the natural healing and regeneration. Patients report dramatic improvements in performance and increase in size.

Men in their 60’s and 70’s report the results as “amazing” and “wow”..... like Superman. Some even say they can perform better now than even when they were much younger.

I'm 65 years old on multiple medications for high blood pressure, diabetes, and I've had heart bypass surgery a few years ago and a radical prostatectomy over 10 years ago for prostate cancer and since then I've had ED. At first, Viagra worked well, and then it stopped working. I had been to a number of clinics but was not satisfied with the results. I'm not able to get hard erections that last long enough. I came to simply Men's Heath and went through their RejucaWave treatment as well as the Priapus shot. After the first Priapus shot I noticed an increase in the size and girth of my penis. Also over the weeks of treatment, I have experienced significant improvements and can have sex a couple of times a night. I am continuing with treatments on a regular basis and keep improving beyond my imagination. M.M.

How Long Do the Results of RejuvaWAVE® Last?

Studies in Europe have shown the results to last two or more years. RejuvaWAVE® rejuvenates men and for many restore functioning as to when they were in their 30’s or even 20’s… If you live a healthy lifestyle and do not smoke, the results may essentially last a lifetime. Many of our patients who have regained their sexual vitality are going strong for over five years….

Often men come for annual “tune-ups” to maintain their penis health and sexual vitality at peak performance, just as one would take their treasured sports car for tune-ups.

How is the RejuvaWAVE® Shock Wave Treatment Performed? Is it Painful?

RejuvaWAVE® acoustic pressure wave therapy is non-invasive, similar to getting an ultrasound or sonogram. The procedure is not painful, you may feel a slight tingling sensation like pins and needles. But since it is being performed on the very sensitive tissues of the penis, a topical numbing cream is applied first if needed, and then an ultrasound gel is applied to the area. The low-intensity acoustic pressure waves are administered via a hand-held wand applicator that is moved over the area. Each treatment takes about 15-20 minutes.

Who can benefit from RejuvaWAVE® Therapy?

Any man who wants to optimize their sexual performance and stay at the top of their game would benefit from ShockWave therapy.

All Men Over Age 30 Can Experience Benefits from RejuvaWAVE® No man ever thinks he is going to get ED… but the majority of men will experience a significant decline in sexual performance by the time they reach their 60’s and 70’s or even earlier. Remember when the wind would blow and you’d get an erection in your teens... or those all-night lovemaking marathons...? This does not have to be a distant memory of the past…. imagine performing like that throughout your life? What men accept as a natural age-related slowing down in their 30’s and 40’s is a harbinger of the dreaded ED in later life. RejuvaWAVE® is the new wave in medicine making gains to eradicate erectile dysfunction. Erectile Dysfunction can be eradicated in the 21st century just as the polio was eradicated in the 20th century.

What is the Scientific Evidence for RejuvaWAVE® Therapy?

What are the side effects RejuvaWAVE® Therapy?

There are virtually no side effects of acoustic pressure wave therapy. In some cases, patients may experience minor discomfort for a few days. Patients can return to work immediately after treatments and there are no restrictions on sexual activity. Actually, the more sex the better: more frequent erections help to improve the effectiveness of the treatment.

Call Us Today and Enjoy a Spontaneous Sex Life Again

At Simply Men's Health, patients are able to reviece the treatment they need to address the SOURCE of their erectile dysfunction, rather than just temporary band-aid type pills or products one hears about in commercials.

To learn more about our treatment and see how it can help you, contact us at 561-510-9482 today. Schedule an appointment to begin your path toward healing and living your life to the fullest. We can help prevent erectile dysfunciton from being an issue in your life and holding you back.