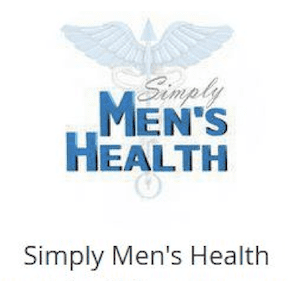 Is arousal painful for you? Or do you just notice your erection is curving? If so, you may have Peyronie’s disease (PD). Although maybe not a familiar term, about six out of 100 men between ages 40-70 have Peyronie’s Disease. Without early Peyronie’s Disease treatment intervention, this condition progresses resulting in painful erections. Furthermore, if left untreated, the curve can become so extreme that penetration is impossible.

Call us at 561-510-9482 to schedule an appointment and learn more about the treatment you need to live life to the fullest. 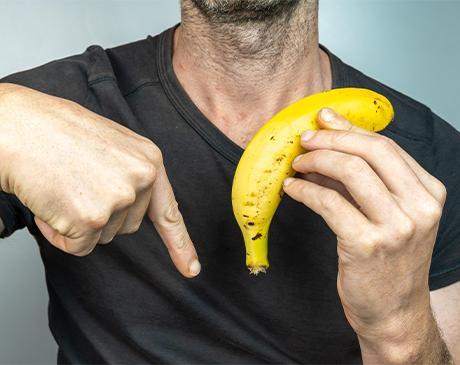 Most traditional medicine Peyronie’s Disease treatments are very painful, and most of all don’t work. Even if you have unsuccessfully tried painful urology treatments in the past, do not give up hope. Before you consider surgery as a last resort, call Simply Men’s Health. The reason is because Simply Men’s Health succeeds in treating Peyronie’s disease, even when others have failed. Even though surgery may straighten the curve, it most often leaves you with ED

Simply Men’s Health developed the most advanced, ground-breaking, safest, and effective treatments for PD. For instance, we combine several modalities such as RejuvaWAVE®, Shockwave therapy, and therapy to treat Peyronie’s Disease As a result, you and your partner can enjoy intimacy and a great sex life again.

I'm 34 years old and started to experience problems getting an erection and maintaining it over the last couple of years. I had tried Viagra and hormones, but it didn't help. I heard about Simply Men's Health and made an appointment not knowing what to expect. I signed up for the 3-week EPAT therapy and the Priapus shot. After just a couple of treatments I was getting erections, but even more amazing was that the curve in my penis straightened out. The treatment was only a few minutes and relatively painless, but the results are amazing. A.B.

What is Peyronie’s Disease (PD)?

Peyronie’s disease is a rare inflammatory condition that causes build-up of scar tissue and plaque inside the penis. Over time, this scar tissue causes the penis to curve or bend, resulting in pain and discomfort. Most often this curvature is only visible during an erection, but one can often feel the scar tissue in the flaccid penis. When left untreated, PD progresses to the extent that erections are painful. Moreover, the curve becomes so extreme that penetration is impossible. Lastly, some men also experience penile shortening. Thus as a result of PD, in addition to the physical symptoms, some men experience psychological distress as well.

How Common is Peyronie’s Disease?

What are the Symptoms of Peyronie’s Disease?

The symptoms range in severity and progress over time. In fact, Peyronie’s disease can occur suddenly, with little warning, or over an extended time. The bend can become so severe that erections are excruciatingly painful and penetration is impossible. Common symptoms include:

What are the causes of Peyronie’s Disease?

Although the cause of Peyronie’s is unknown, it often is believed to be due to an injury. In some instances, the injury can be pinpointed as a result of rough sex or even a minor sports injury in the past. Finally, sometimes it is due to genetic or environmental reasons. During the healing process, an inflammatory condition results in the formation of scar tissue. Eventually, the scar tissue hardens and then forms the plaque of Peyronie’s disease. Consequently, this scar tissue doesn’t allow the penis to stretch causing a curve during an erection.

What are the traditional Peyronie’s Disease treatments?

Traditional medicine does not have much to offer. In fact, medications such as oral Pentoxifylline or Xiaflex injected directly into the plaque tend not to be effective. In addition, these treatments are painful, prolonged, and often even result in ED and shortening of the penis. And as a last resort, a patient opts for surgery. Even if surgery straightens the curve, this invasive choice often leaves the patient with even worse erectile dysfunction.

Traditional medicine uses painful therapies that are often not effective and can often cause erectile dysfunction. In contrast, Simply Men’s Health uses drug and surgery-free alternatives like:

Simply Men’s Health’s therapies work by breaking up the scar tissue and plaque, thereby reducing the curvature of the penis typical of PD. Also, the added benefit is that they restore your sexual vitality as well as lessening the curvature. Lastly, in addition to lessening the curve and restoring vitality, these treatments can even increase penis size.

What are the advantages of Simply Men’s Health Peyronie’s Disease treatment?

In summary, in addition to being a pain-free solution for Peyronie’s Disease, our treatments offer a number of other advantages such as the following:

Are There Any Side Effects?

You Could Be One Visit Away to Change Your Life!

There is no reason to suffer in silence any longer. Simply Men's Health offers the most advanced, painless,surgery-free treatments for Peyronie's Disease.

To learn more about our treatment and see how it can help you, contact us at 561-510-9482 today. Schedule an appointment to begin your path toward healing and living your life to the fullest.